WestAir Blog
Visit the WestAir blog to get more information about welding, gases, and gas-related processes.

What is Helium and Why is There a Global Helium Shortage?

Introducing Helium: The Most Common Gas You Know Nothing About

Helium. Arguably one of the most essential elements in our daily lives, while also simultaneously being largely ignored by society at large. That is except for when it comes to its most minor of uses as a lifting gas for balloons and blimps. And why on earth is there a shortage of it – especially considering that it’s one of the most abundant gases in the universe?

But first, a little background knowledge about helium. This colorless, odorless, and tasteless gas is non-toxic, inert, and monatomic. For the non-scientists in the room (like myself), that means it’s safe to consume, has low chemical reactivity, and possesses a single atom. For these reasons, it’s also considered to be one of the ‘noble gases’, alongside neon, argon, and others with similar properties. It also has the lowest boiling point of any element and can’t be solidified by lowering the temperature. This characteristic is why it’s super popular as a cooling source in MRIs and electronics.

Norman Lockyer, British scientist and astronomer is one of the two scientists credited with discovering helium. It happened when he observed a yellow line in a spectrum taken near the edge of the sun. This line couldn’t be explained using any of the materials known at the time, so it was suggested to Lockyer that he had perhaps encountered something new. He then called his element helium, named after the word ‘helios’ which was Greek for ‘sun’. 🌞

There are a number of common uses for helium gas in our daily lives that we’re oftentimes not even aware of:

These are just a few of the many places that helium touches our daily lives – demonstrating just how important it really is. Curious about some of its other uses? Take a look at our blog exploring the most essential (and underappreciated) uses of helium.

Where does Helium come from?

Though extremely abundant in space, the helium that we use in our daily lives can be found in a few much more terrestrial, and limited, sources. Helium is so much more abundant in space because it is lighter than other gases in the atmosphere, which means that there is nothing stopping it as it travels into space. It is also produced directly in space where it is a product of the fusion reaction occurring within stars like the sun.

In terms of helium remaining within our planet, it is created as a result of other changes happening below the crust of the earth. When radioactive elements like uranium and thorium decay, they create by-products - including tiny fragments known as ‘a-particles’, which are made up of two neutrons and two protons. These a-particles then take electrons from the environment and turn them into helium, which rises through the earth’s crust and into the atmosphere until it reaches space [1].

Some of the helium that doesn’t escape through the earth’s crust becomes part of the natural gas fields that are already there. This means that there is the opportunity in some cases for it to be separated from the natural gas that we’re already extracting. However, this is an expensive and inefficient process, so the number of natural gas fields that have enough helium and processing power present to make it worthwhile is small. 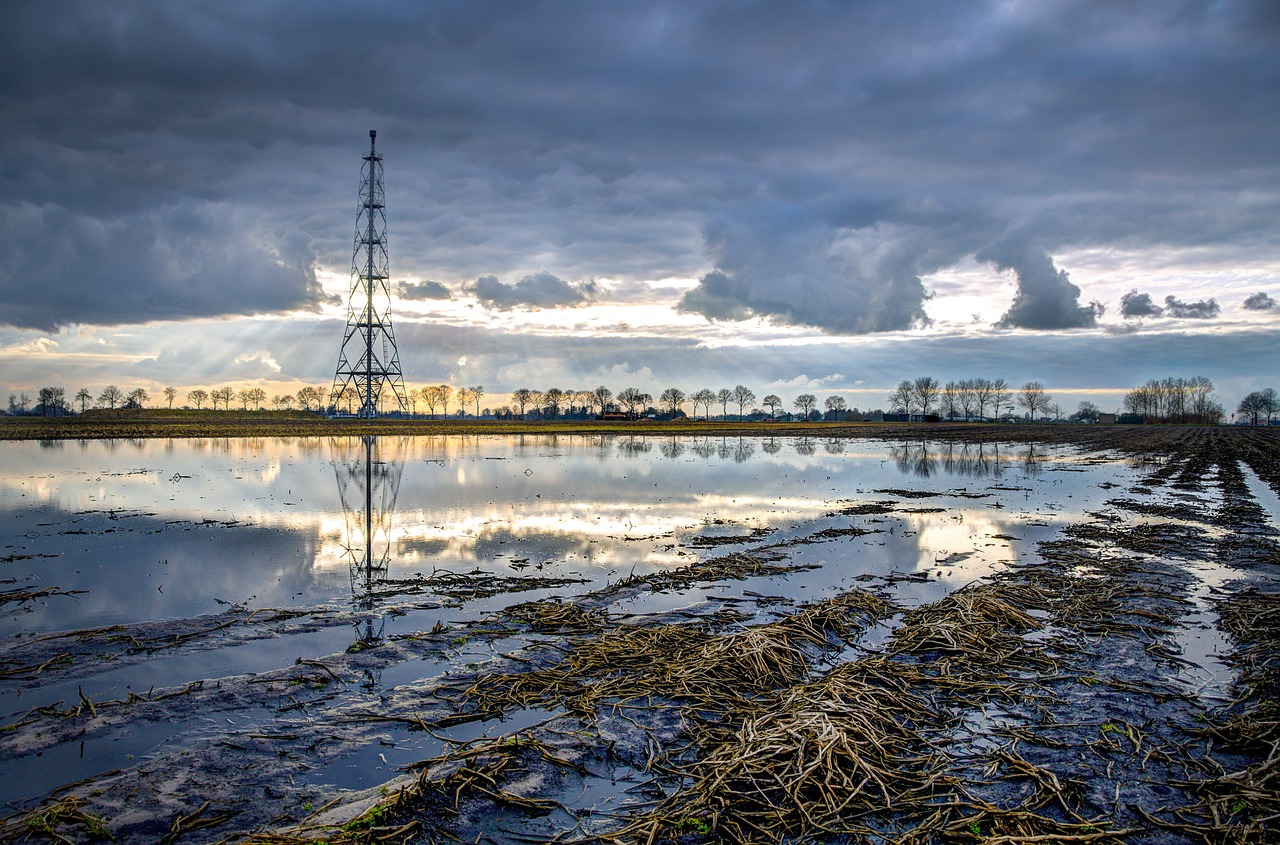 The extraction process starts with natural gas that is at least 0.3% helium by volume. It then undergoes a number of industrial processes that filter impurities like water, hydrogen sulfide, and carbon dioxide from the gas. The resulting gas then undergoes cryogenic processing to cool the gas and remove methane from it, resulting in a helium that is about 50-70% pure. It then is put through one more final cooling and filtering process that leads to the helium that we see today - one that is just about 99% pure [2].

Helium and the BLM

Because the US is the world’s largest producer of helium, it’s no surprise that the government has been involved in its maintenance and distribution. In 1925, the US Congress passed the Helium Act of 1925, which aimed to stockpile helium for the use in blimps in the war effort via:

Interestingly, these together are regarded by many as one of the indirect causes of the Hindenburg Disaster of 1937. The US monopoly on helium caused a shortage, forcing others to turn to using highly-flammable hydrogen as their lifting gas.

Today, the Bureau of Land Management (BLM) oversees the remaining government helium reserves, which as of October 1st 2019, contained 2,809,679 Mcf. This supplies over 40% of domestic demand for helium. The BLM also evaluates existing helium-bearing gas fields for the extraction and disposal of the gas.

The Helium Acts Amendments of 1960 gave the green light for the US Bureau of Mines to allocate five private plants to recover helium from natural gas to be stored in the National Helium Reserve. There, it can be compressed at the surface and stored, thanks to a thick layer of salt keeping the gas in place. By 1995, it had contributed to the storage of a billion cubic meters of the gas, but the reserve itself was $1.4B in debt, leading to the Helium Privatization Act of 1996, which ultimately led to the sale of helium on the open market.

The Helium Stewardship Act of 2013 was enacted to deal with the helium supply as we know it in today’s environment. This act worked to implement the following:

To learn more about how the BLM is managing our helium reserves, visit their page on Federal Helium Operations.

A Few Other Helium Reserves

Though the US is the largest terrestrial known source of natural gas and helium, it is not the only country globally with reserves. Behind the US, are Algeria and Qatar, respectively, in terms of recoverable helium. In the early 2000s, helium plants were built in Skikda, Algeria and Ras Laffam, Qatar. Researchers also recently found a helium field in Tanzania’s Rift Valley, which is currently estimated to measure around 54 billion cubic feet [3].

Why is There a Helium Shortage?

Though we had previously stockpiled it as part of the war effort, the later decision by former President Bill Clinton to sign into law the Helium Privatization Act of 1996 changed that with its requirement that the US government sell off its supply by 2015. The idea was that the private market could figure out where the helium would be best used, but instead it kept the price of helium artificially low relative to its scarcity, leading to the rapid sale of much of the gas.

Combine this with the fact that much of the world’s usable helium is obtained through natural gas extraction and you’ve got a perfect storm for a shortage.

If you’ve been following any of the media coverage surrounding helium, you might have heard rumblings about how Party City will be closing 45 locations, partially because of falling balloon sales. While balloons are probably the least important use of helium, they are something of a canary in the coal mine for other businesses - especially given that the BLM reserves are on track to depletion by 2021 [4].

Though some industries and scientific communities are trying to encourage the recycling of helium, which while may help to relieve a bit of the burden, it’s not enough alone. Ambitious capitalists are taking notice though, and natural gas supply chains are increasingly looking to integrate helium extraction into their processes for large projects. Qatar and Russia are also exploring opportunities within their own natural gas fields to extract and sell helium.

If becoming a helium mogul isn’t on your horizon this time around, you might be considering what you can do to ensure the long term longevity of your business if it relies on helium in order to carry out essential tasks. While we can’t give you a 100% foolproof plan for how to prepare for a helium shortage, we can tell you this: businesses around the world and across industries are digging in to find solutions before it’s too late. And as of this writing, the outlook from the United States Geological Survey is that: “By the end of the decade, international helium extraction facilities are likely to become the main source of supply for world helium users.” [5]

So in other words, while helium supply is unlikely to totally run out, your favorite Thanksgiving Day parade floats might be grounded. But at least you’ll still be able to get an MRI or be sure that your favorite electronics will have those ever-essential semiconductor chips. But it could be about to get way more expensive.

Need helium in California now? We can help. Contact us to inquire about availability and pricing.