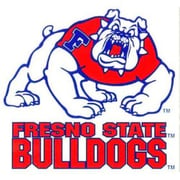 Fresno State Brings the Football Team Out With Spectacular Effects

Bulldog fans are loud and proud. Fresno State’s loyal fans have made themselves heard nationwide by national publications that have chronicled the Bulldogs’ fantastic fan following. The media refers to the noise level generated by the Red Wave as deafening. It is that kind of fan support that has resulted in record-breaking attendance at Bulldog stadium for home football games.

To enhance the fan experience and help to create an emotional game day atmosphere, the Fresno State Football Team wanted to create a spectacular effect to bring their players onto the field at home games. They turned to WestAir Gases & Equipment who supplied the team with CO2 and advised them on how to deliver a bigger effect than seen in other games.

Liquid CO2 is often used in creating the fog that teams use to run through the tunnel and onto the field. When liquid CO2 is released into the air, typically through an electric solenoid valve to control timing and duration, the carbon dioxide liquid expands to a vapor and condenses the moisture in the air, creating large billowing plumes. When the solenoid valve is closed, the CO2 vapor rapidly disperses in the air, ending the effect nearly instantaneously. Normally, the result is a thick fog that stays within a few feet of the ground. As the fog warms, or is agitated, it rises and dissipates. WestAir developed specially formulated mixtures, designed to be used with CO2, that would provide thicker, more consistent and more dynamic fog effects.

Using this premium CO2 mixture delivered through jets in a high powered fog system creates steam and produces a thick white fog that creates the spectacular effects that Fresno State wanted for it's team but dissipates in just seconds once the team takes the field. Carbon Dioxide, CO2, is a tasteless, odorless, nonflammable, liquefied gas.

"When the team marches down that tunnel and runs onto the field through that spectacular burst of fog, we know that we are going to fire up not only the Fresno State football team, but the entire Red Wave,” says Mike Fuette, General Manager of Central Valley.